I am honored to have been asked to take part in the fantastic 10×10 American Photobooks project, already on day 4 I am being introduced to new works and seeing some of my own books in a new light. To see other selections head to the website here.

American photography and photobooks were what initially drove me to this medium and many of my early purchases were made as I gazed at the US from across the Atlantic Ocean in a pair of rather fetching rose-tinted specs. I couldn’t get enough of the road, the desert, the liquor store and the jukebox, there was certainly no way I could turn down any book which focused on Football or College life in the States.

I have since broadened my view on America but those earlier books continue to resonate with me, they may not all have been deep, nor profound, perhaps to some they are merely postcards, but for me they are as important as the books I have seen since which dig a little deeper under the surface. I have included here 10 books that in some way have shaped my opinions or understanding of America and it’s photography, either then, or now. 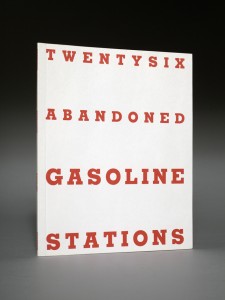 Date constraints mean I cannot select Ruscha’s ‘Twentysix Gasoline Station’s but then maybe that’s a good thing as instead I have chosen Jeff Brouw’s ’ Twentysix Abandoned Gasoline Stations’. This book echoes the history explored in Ruscha’s ‘Then and Now’ as well acting as a direct reference to Ruscha’s original, and a dry comment on the health and prosperity of the American dream. 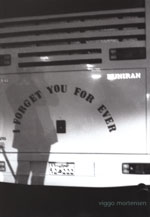 Mortensen and his publishing house Perceval should be commended for their outputs, they mix mediums as they see fit and publish work that might otherwise go unseen. I don’t think it unfair to say that sometimes the mix doesn’t quite gel, and the physical properties of the books are not always a top priority but here in ‘I Forget you Forever’, it all comes together. 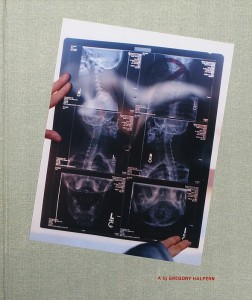 Not just selected for being an interesting book but also for the photographic style and editing it represents that seems to be booming in America. There’s plenty to take from this book with knowledge of the rust belt or without but the less I think, the more rewarding it seems to be. 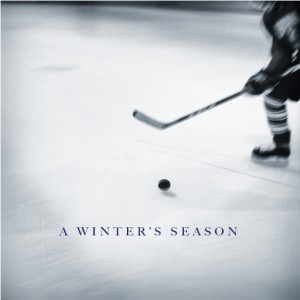 A group of middle aged men on ice, trying to win but not really giving a shit as long as they play hard and have fun. What’s not to love about this humble and honest slice of America? 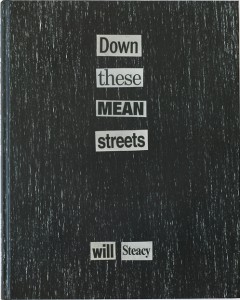 I actually don’t have a copy of this book but I have seen it and I do have a copy of the newspaper that I think was printed back in 2011. Steacy describes his locations as ‘places you drive through, not to’ and these locations have been visited over and over again in photography. What raises this book above being a ‘ooh look a bullet hole and closed sign’ coffee table book is the inclusion of press clippings which adds variety, depth and a sense of the scale some images cannot show. 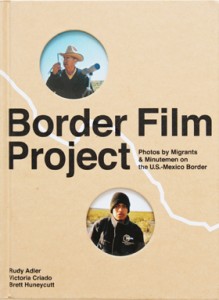 An important subject (Minutemen/Immigrants on US-Mexico border) told by images made by both sides. The temptation to skew the message of this book must have been big but the editors took a calm and thoughtful approach to editing, it’s all the better for it. 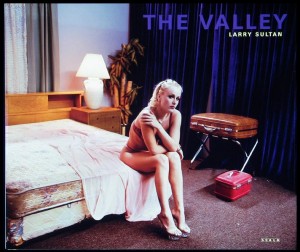 The choice of art hanging on the wall and furnishings dressing the home all come under a new scrutiny when juxtaposed with the writhing bodies of many fantasies now occupying family spaces. I wonder, like Sultan, whether the real fantasy taking place here is that of the perfect American home.

Simon, Taryn
An American Index of the Hidden and Unfamiliar
(Göttingen: Steidl, 2007) 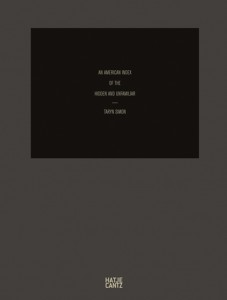 Many will say we can tell a lot about society by those we push to the edge, out of sight. Here we learn less about the hidden and unfamiliar and more about the organizations and groups that have made them, or kept them so. Simon keeps things from getting too dark with the likes of the Star Wars Death Star II model.

“Quietly, we all wondered what life would be like once my father returned from prison. We knew that the five of us would be different people when the fifty-one months were over.”  I need so no more than the description above really. A powerful book that appropriately avoids confrontation with incarceration and the judicial system itself. 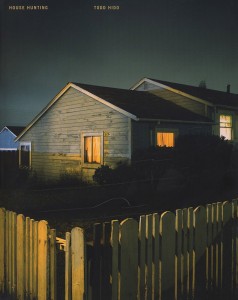 So another one I don’t own but this one I desperately want to. I imagine these houses as the homes for Edward Hopper’s subjects, the same sense of anti-time seen from the outside. I find this series so incredibly frustrating – too many questions, but in that frustration is a great amount of enjoyment. Not to mention the fact that I deeply want to be sitting inside these houses, with the glow of a TV screen or bedside lamp. 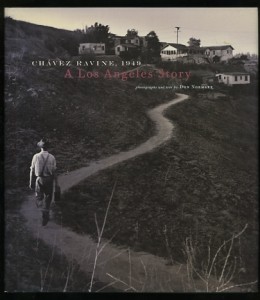 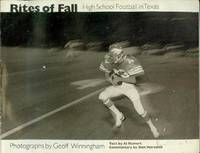 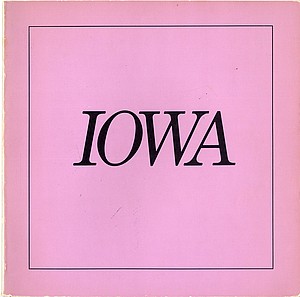 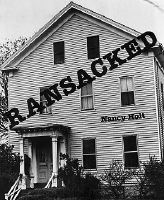 Pictures from the Surface of the Earth
Wim Wenders 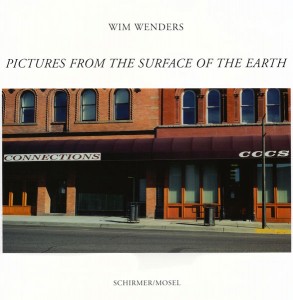 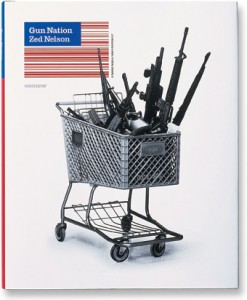 The House I Once Called Home
Duane Michaels 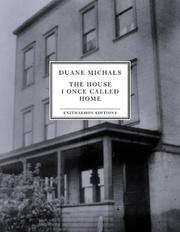